Speed Care Mineral GmbH is a high-tech company based in Neubrandenburg with almost 20 years of advance research in mineralogy and hemostasis.

The company uses its expertise of mineral processing and refinement primarily for the development, production and distribution of medical products in the field of hemostasis, but also offers various mineral based technologies for manufacturers in other industries, i. e. cosmetics, textiles and heavy industries.

The development and production of the products takes place 100% at locations in Germany.

We combine our expertise in minerals with modern knowledge of medicine and technology to engineer new solutions for the treatment of acute bleeding wounds.

With modern lab equipment (x-ray, particle analyzer) we are able to provide both raw-materials and related documentations and certificates to be compliant with increasing requirements of authorities and regulatory affairs.

Our CTO Dr. rer. nat. habil. J. Schomburg has an experience of more than 40 years in technical mineralogy. Comprehensive international cooperation and several R&D-projects cause a high innovation level.  More than 100 scientific papers underline the competence of this division.

Bleeding to death is the oldest forms of death and even in a time of modern medicine, people die this way every day in emergency rooms, combat zones and on the streets. 40% of trauma-related deaths are because of hemorrhaging in the pre-hospital period.

3, 2, 1 minutes are decisive save a life once bleeding starts.

In such situation the most important task of a first responder at the scene of an accident is to detect and stop active bleeding. There are diffuse, unclear bleedings where other techniques are inappropriate. In these situations, the use of an emergency hemostatic dressing is often the only chance to stop the bleeding.

SpeedM® Emergency Hemostatic Compress has been developed exactly for this purpose.

It is our goal to provide an easy-to-use technology for hemostasis in emergency situations, in order to significantly reduce the number of bleeding victims in the future.

SpeedM® (patent pending) consists of perforated nonwoven material applied with ultrafine halloysites. Due to its morphological structure, the halloysite mineral compound has a very large reactive surface area. This supports the body’s natural clotting reaction and even heavy bleeding in emergency situations can be stopped quickly and reliably.

SpeedM® is supporting a less traumatic post-treatment. The hemostatic gauze is easy to use. In its sturdy packaging, it is easy to transport and store. It does not require refrigeration and can be used immediately. 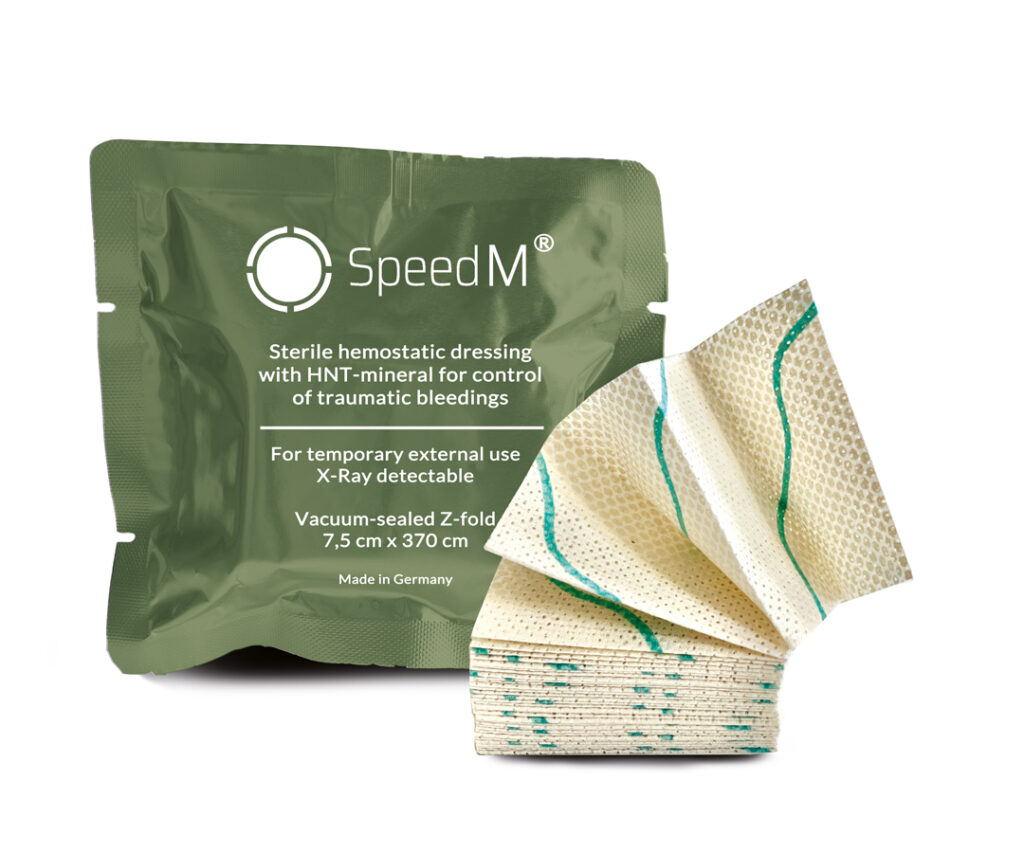 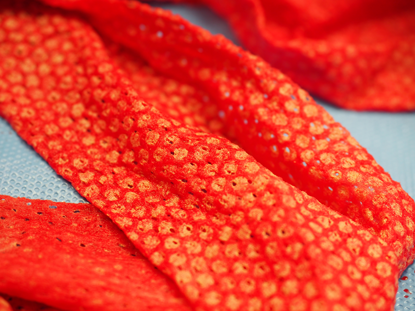 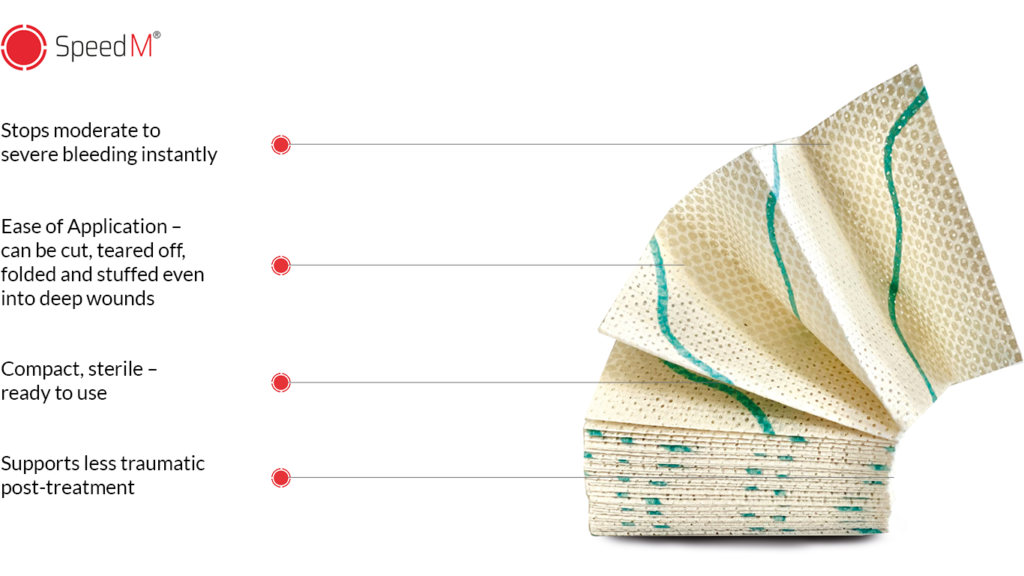 For use by trained first aiders. 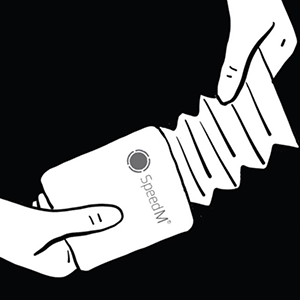 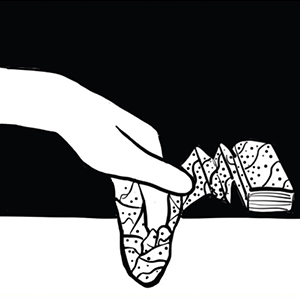 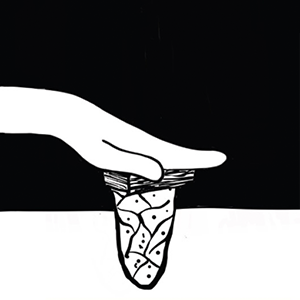 Insert one end of the gauze down to the deepest point of the wound. Then stuff and fill the wound cavity tightly from the bottom until the skin surface is reached. 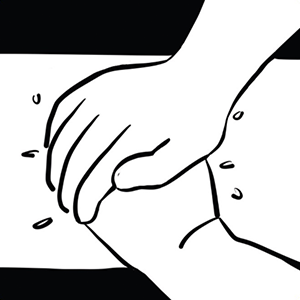 Apply direct, firm pressure for at least 3 minutes or until bleeding stops 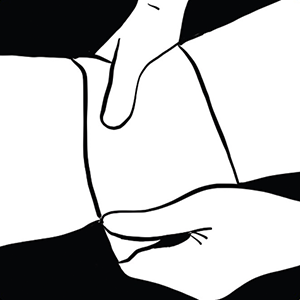 Check that the bleeding has stopped. Then apply a pressure bandage. Seek medical attention immediately and show the package.

Carefully remove the compress from the wound. Irrigate the wound with sterile solution.

We are committed to further expanding our range of highly effective innovative hemostats.

We focus on the development of products for civil application containing absorbable or antimicrobial properties.

Chief Technology Officer/Partner
Joachim graduated as Diploma-Geologist and holds doctorate in technical mineralogy. As one of the leading experts in the field of technical mineralogy he has an extensive network in science and industry worldwide. Joachim holds numerous executive positions in various companies and serves as a consultant for several relevant international projects and companies. Besides his strong relation with the beautiful German island of Usedom, his passion is collecting minerals from all over the world – in the basement of our office you can find them all…

CEO
Siegfried held various sales positions at Abbott Pharma before taking over national sales management at Essex Pharma (Schering Plow) and, subsequently, the lead for the non-hospital business at Ethicon/ Johnson & Johnson Medical. He founded several companies mostly for distribution of products for arthroscopic as well as plastic and aesthetic surgeons. Siegfried graduated as a Diploma-Economist. He is a passionate family man and builds exclusive flat speaker systems for modern living rooms

CEO
Ulf has 20 years of experience in sales and marketing of medical devices in Europe and the United States, i.a. at Johnson & Johnson in various responsible positions. As CEO of the neuro-ophthalmic company EBS Technologies he led a novel therapy system from prototype to successful market introduction. He founded a distribution company selling products for plastic and aesthetic surgeons. Ulf holds a degree in business administration (FH). His passion is sailing and the construction of high-end loudspeaker systems

Have a cup a coffee with us. 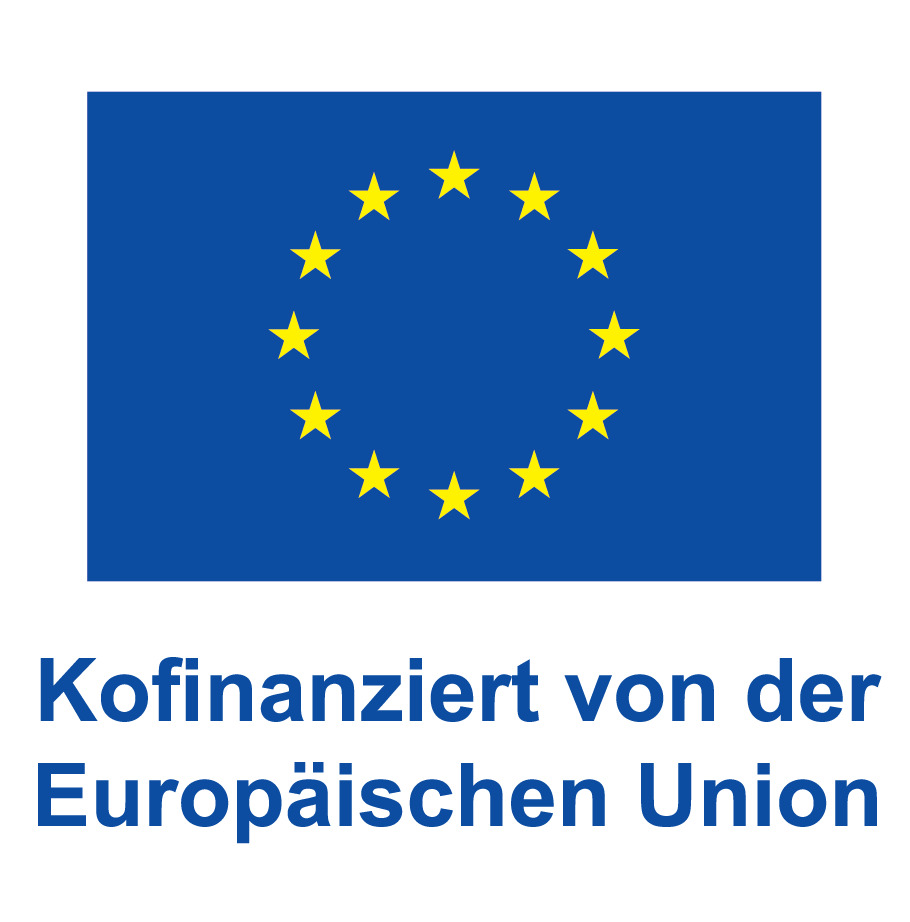